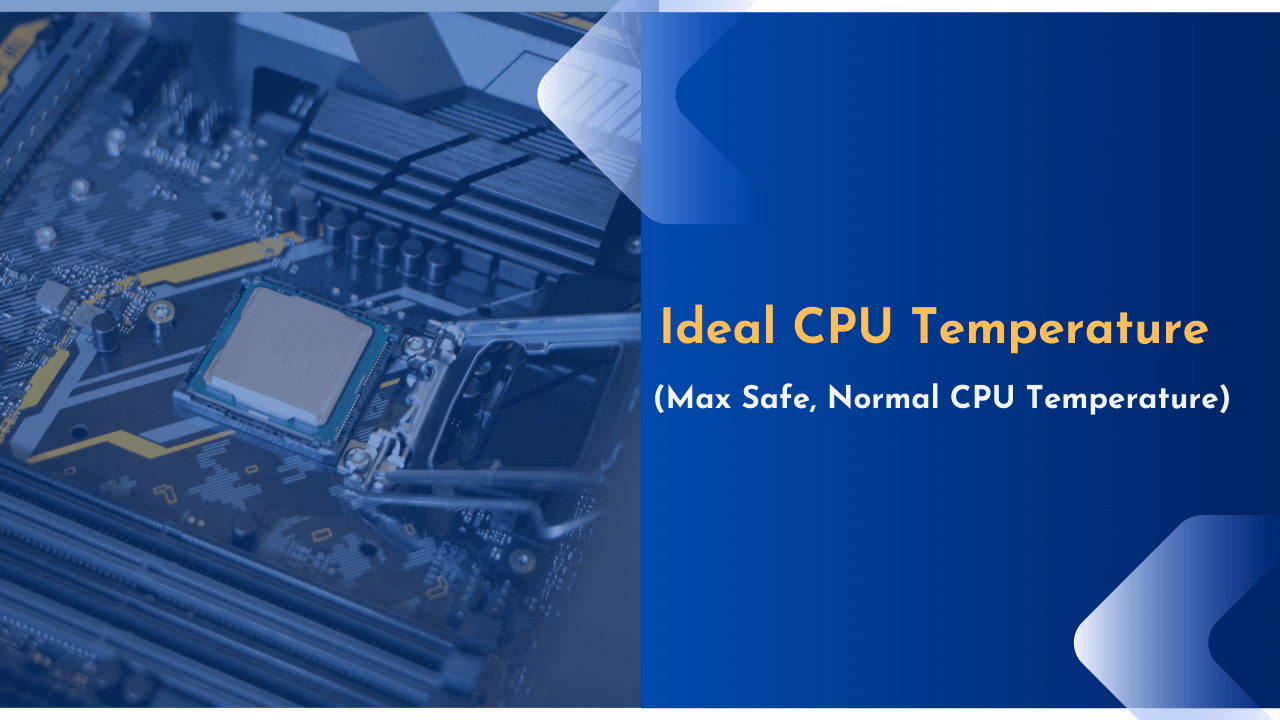 Most of the users monitor the performance and speed of their CPU while gaming or during normal use. However, it is not so. One of the most imperative aspects that you should always be concerned about is the temperature of the CPU.

The CPU is the brain of your computer, and any flaw in it will make your whole system a toy. In such cases, heat is a significant rival that can ruin your CPU, and gaming or extended use can affect the temperature of the CPU.

What is the Ideal CPU Temp Range for Optimal Performance?

When you use your system for general purposes, you may hardly notice your CPU getting hot. There are two things to show you here, one perspective is while gaming, and the other is normal use. When you play games on your system, you will witness your CPU running at 70-80 degrees Celsius.

It can be safe, but at the same time, it is at the borderline because 90 degrees is the threshold heating temperature while gaming on your CPU. You should always keep it consistent at 60-70 degrees Celsius; otherwise, the heat may damage your CPU.

While in general use, when you use heavy applications, you should have the temperature of your CPU limited within 40-70 degrees Celsius. This will offer you an extended life span of your CPU.

What should be the Idle CPU Temperature?

When your computer is idle or not doing anything strenuous, you should anticipate it to be between 50 and 55 degrees Celsius. It should ideally stay at or below 80 degrees Celsius while under load.

The CPU temperature should be between 61 and 73 degrees Celsius when gaming. While the temperature of your CPU may vary depending on the type of microprocessor you have, a fair rule of thumb is that it should not exceed 80 degrees Celsius, or you risk overheating.

In most cases, proper airflow is sufficient to keep your CPU cold.

What are the Max & Normal CPU Temperatures Ranges For Intel & AMD?

The average CPU temperature when gaming is highly dependent on the processor model you have; Some processors are designed to tolerate increased use and higher temperatures. However, based on the average of 30 distinct processors, the typical normal temperature range is 61 degrees to 73 degrees Celsius.

If the computer’s temperature exceeds the normal operating range, it might result in catastrophic internal damage. An increase in electrical resistance, for example, might lower CPU performance, cause data corruption, or result in a noisy PC fan. Higher CPU temperatures can potentially cause solder melting in extreme circumstances.

The Good and the Bad Temperature for a CPU

There is no good or bad temperature in the CPU, and you should always try to maintain the ideal temperature threshold. When any manufacturer designs or builds a processor, they make it focus on withstanding certain temperatures. Here in the below paragraph, you will learn about the good and bad temperatures of the CPU.

How to Check CPU Temperature?

Once you’ve figured out what the usual CPU heat for Intel and AMD CPUs should be, it’s time to monitor your CPU temperature. Here is how you can easily monitor CPU temperature on Windows.

Windows don’t appear to offer a built-in function for displaying your CPU’s current temperature. As a result, you’ll need to get the CPU heat monitor tools, and these tools are a great way to watch CPU heat fluctuations.

Download Ryzen Master Utility and Intel Extreme Tune Utility if you have a specialized Intel or AMD CPU. There is a comprehensive bunch of great PC temperature monitoring software on the other side.

These applications provide you with information about different CPU specs and make overclocking a breeze. NVIDIA control panel is another great option to track your CPU temperature. AMD users can also use the AMD catalyst control panel; this will offer you all temperature reports for AMD processors.

Is Your System Overheating?

When your CPU starts getting hot, there are a bunch of abnormalities that you can witness. In all cases, the overheating is witness-able when using heavy applications or playing any advanced graphics games. Here are some symptoms of system overheating.

Constantly running fan, sluggish performance, glitches, the system pauses, blue screen of death appearances, lines throughout the screen, and the system shuts down on its own are some of the warning signals.

When you notice any of these signals, you must take measures to avoid computer overheating. Otherwise, you risk losing your costly hardware. Clean your computer first, and then install the CPU temperature surveillance system.

Why Do CPUs Get Hot?

Computer processors are built to operate at high temperatures, so it’s quite natural for them to heat up and get rather heated. Temperatures of well over 120 degrees Celsius are often tolerated.

A computer’s CPU allows or blocks electric impulses from passing through its minuscule transistors. Heat energy is created as electricity travels through the CPU or is blocked within. At the same time, a CPU in an enhanced workstation may overheat owing to excessive use.

An overheating processor in a typical computer is usually always an indication of a broken system. Here are a few indispensable reasons why CPUs get heated.

1. Heavy Load on the CPU

The CPU on a computer performing ordinary spreadsheet, word processing, and email duties is generally idle the majority of the time and runs quite cool. However, using the computer to run complex financial models or produce 3D representations and walk-throughs from blueprints drawn in computer-aided design software, the CPU will be more active and heat up.

A properly operating CPU running at factory-recommended settings with a fully functioning cooling system should not overheat even under intense loads. However, if you overload your CPU, it will emit additional heat.

2. Issue In Airflow/Ventilation of the CPU

Multiple cooling elements comprise together to release heat from your Processor to the exterior of your computer’s chassis. It doesn’t matter how well your computer’s conditioning system is set up; it won’t operate if air can’t circulate.

If your CPU is overheated, blow out the casing, vents, and output ports using compressed air; the dust obstructing the airflow passageways should be removed.

Most CPUs are protected by a huge cooling assembly of three parts: a fan, a heatsink, and a thin coating of temperature conductant that aids in the passage of warmth from the processor to the heat spreader and fan.

Whether your CPU is overheating and the casing isn’t dirty, check to see if the cooling fan is spinning, and if it isn’t, replace it. Another solution is reconnecting the CPU cooler and replacing the Thermo tape or oil to ensure a new coating.

A casing fan and a blower in the power source should both be present in your computer’s case. If any of these two blades aren’t working, your CPU chiller may be eliminating heat from your CPU, but the hot air it exhausts ends up baking the CPU and other components in the case.

The problem should get resolved by replacing any malfunctioning case fans.

How to Fix High CPU Temperature Problem and Cool it Down?

If you want optimal performance in your CPU, you should always fix the issues that create temperature rise. Here are some quick ways to help you fix the temperature problem in your CPU and cool it down immediately.

Several times these pastes wear out after extended use or regular heating. In such cases, you need to reapply the thermal paste to regulate and control the temperature rise.

As you have read earlier, the thermal paste plays a decisive role. Without thermal paste, you can also witness a system crashing. So, you should not take chances using any cheap thermal paste in such cases.

Always contemplate the quality and efficiency of the thermal paste. You must buy better thermal paste after having a brief debate with the experts.

After applying thermal paste, if you still don’t find any performance change, you must buy a better CPU cooler. Buy a new CPU cooler from reliable manufacturers.

You can always buy a CPU cooler that is designed for gaming CPUs. This will help you exhaust maximum heat, as they are made to extract higher temperatures.

A CPU case also plays a significant role in keeping your PC cool. In all cases, you should always contemplate buying PC cases that offer you better ventilation, and it must have adequate points for maintaining the airflow.

If you have more than one ventilation point in your CPU, you must try altering the places of case fans to find better results. You must reconfigure the case fans to where they can extract maximum heat.

Talking about the case fan, if needed, you can add more case fans to avoid overheating. You can always integrate more fans into your CPUs to anticipate better results.

7. Clean Out Your Computer

Dust can also make your CPU less efficient. You can find dust blocking your CPU’s ventilation windows in many cases. Thus, you must clean your computer regularly to avoid overheating.

You can easily clean your system compounds using a soft brush or air pump.

Still, have doubts? Here we’re sharing some FAQs which might help you!

Any temperature below 80 degrees Celsius is always a good temperature for your CPU, and you should always try keeping it as minimal as you can.

For Ex: the normal CPU temperature for i5 laptops is 60 degrees Celsius; this is what you should maintain.

80 degrees Celsius is the max temperature while gaming. Above 80 degrees, it can damage your CPU.

Yes, 70 degrees Celsius is a good CPU temperature while gaming, and you must try not to exceed 70 degrees with proper monitoring.

It’s fine till 80 degrees Celsius, but your PC compounds are at risk above it.

In conclusion, this is what should be the ideal temperature in your CPU. Now that you know everything about CPU temperature, you should always remain within it. The tips given above will also help you retain the normal temperature.

We hope this article about CPU temperature is helpful to you. Do share your thoughts in the comment section below.

This blog is just started to help peoples in building their first PC with our awesome tutorials and reviews about the latest components. 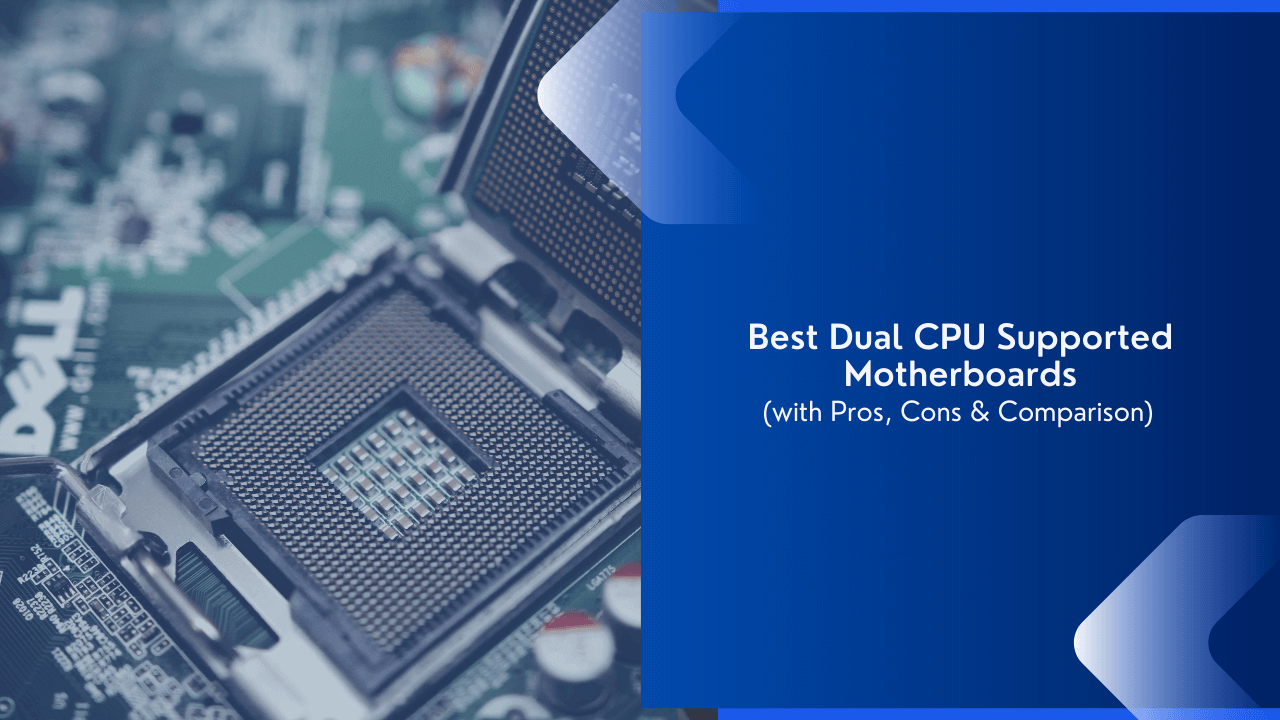 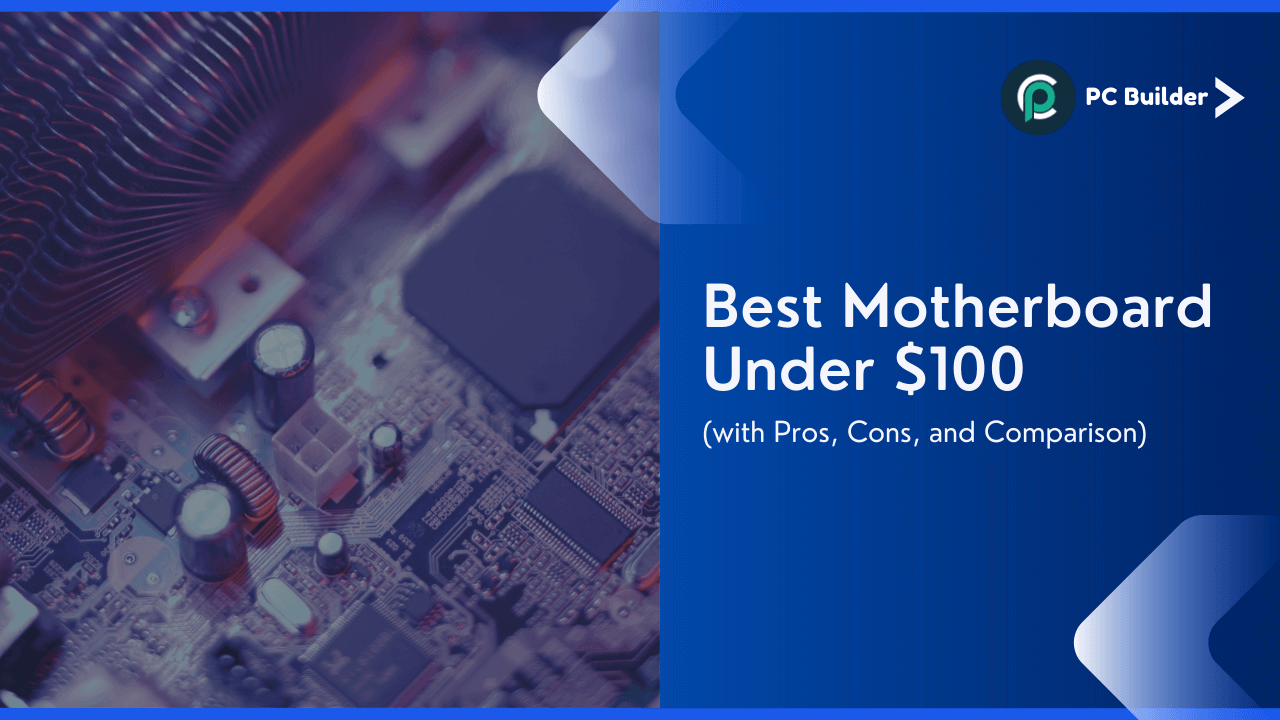 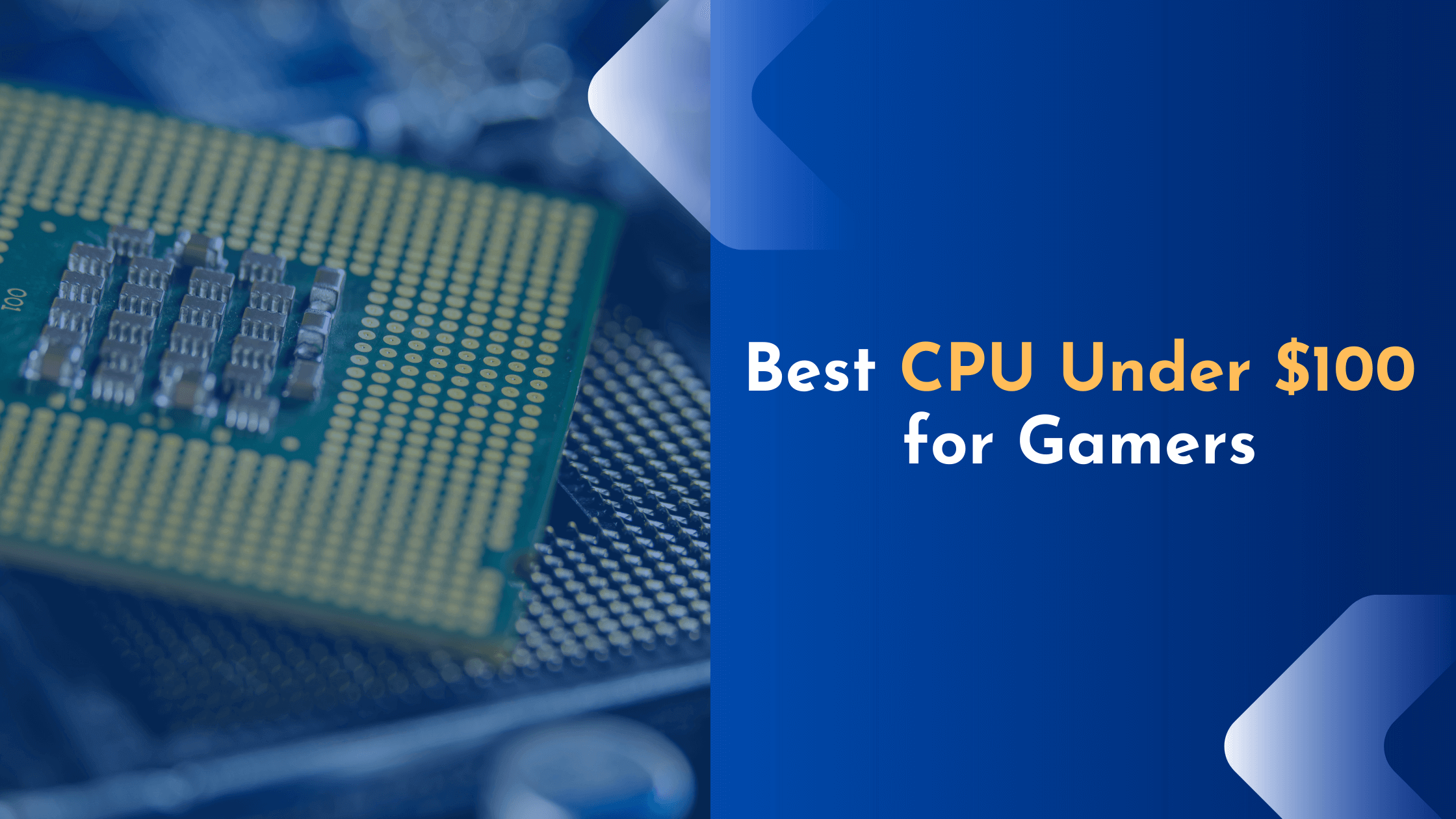 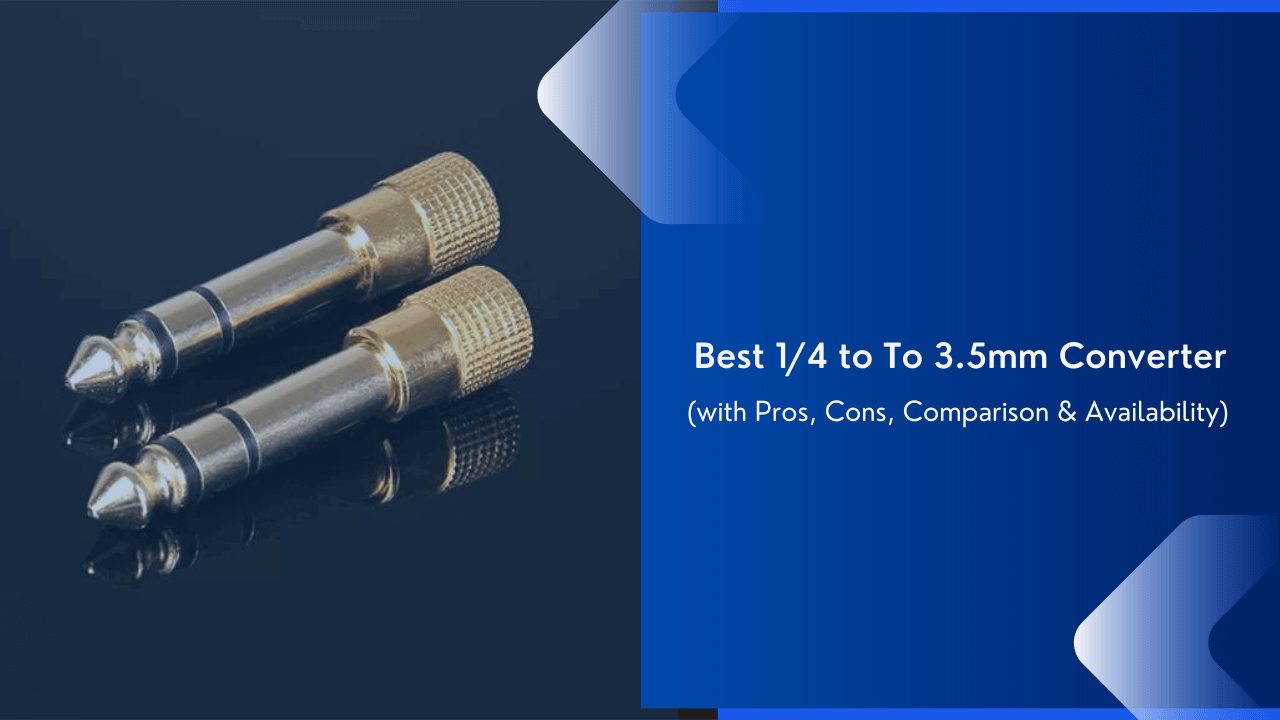